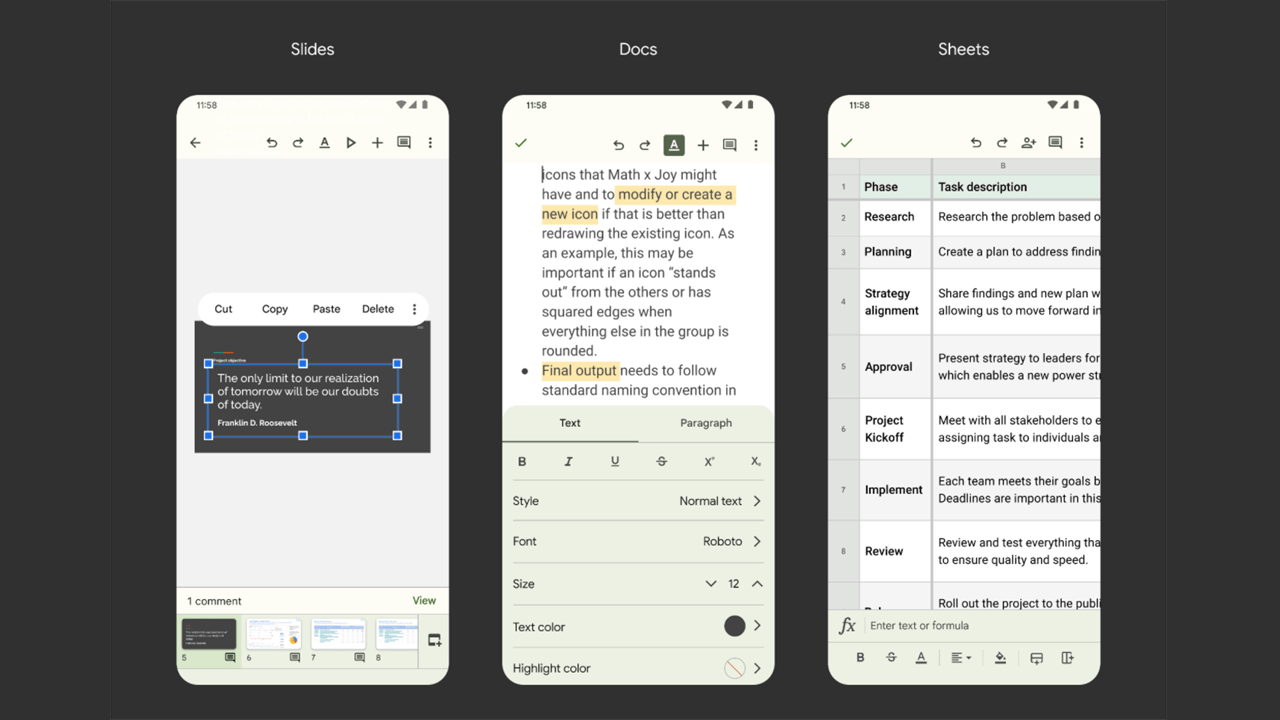 The new Material You toggle will first be available in Docs, Sheets, and Slides as Google’s first apps to implement it.

The core features of Material You are already incorporated into Google’s most popular applications, but the company is gradually rolling out more features. For example, Google Docs, Sheets, and Slides are now employing a new toggle style.

Since the entire container is formed like a pill, the Material 3 switch has become significantly larger and more resembling a pill than it did before. The following is what Google says:

For Print layout, Suggested changes, Available offline, and Star, Google Docs, Sheets, and Slides use the switch directly in the editor’s overflow menu. It does not take advantage of the checkmark-shaped optional icon that is contained within the circle and whose size increases from the off to the on the state.

It is now the same width but more compact than the toggle that can be found in the system settings on Android 12 and 13.

Due to the fact that it is in overflow, you are unable to experience the full benefit of the animation because the menu disappears so rapidly once a selection has been made. This modification is not yet active in any other part of the program, such as the Settings menu.

The toggle for Material You was introduced in Google Docs, Sheets, and Slides with the release of version 1.22.442.03.90. The Google app will employ the new element in the settings as part of the Material You revamp that is currently in progress.